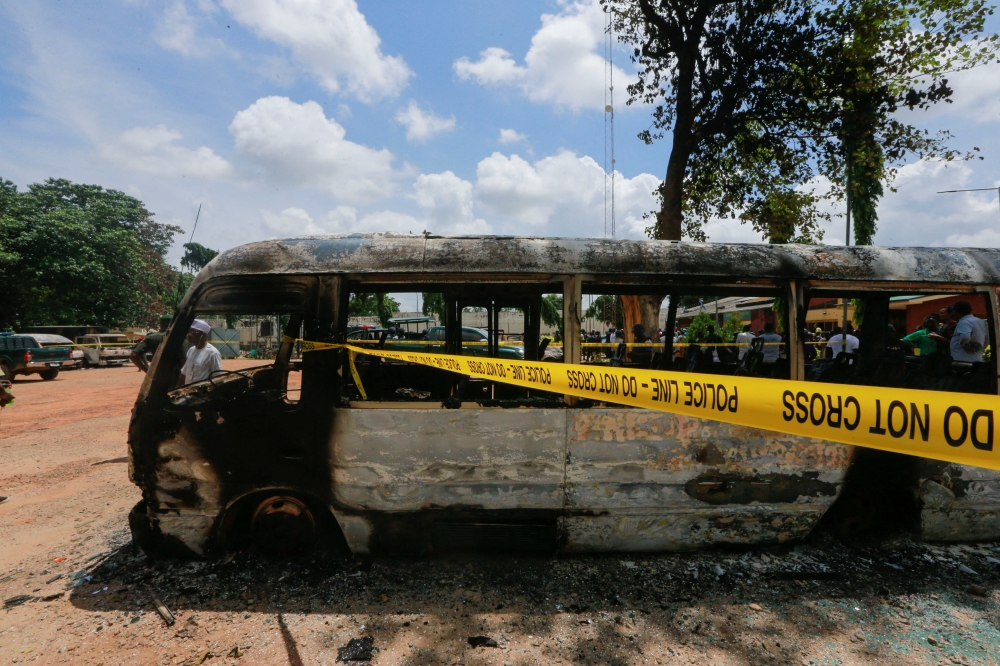 On July 6, 2022, one of the prison buses burned during an attack by several gunmen at a medium security prison in Kuje near Abuja, the capital of Nigeria. (Reuters / Aforabisotunde)

Umar Abubakar, a spokesman for the Nigerian Corrections Bureau, said at least 443 of the 879 fugitives were still missing and hundreds of others were re-arrested or handed over to the police station.

Officials “tracked all fleeing prisoners and returned them to detention,” Aboubakr said.

Explosions and shootings were heard around 10 pm in the Kuje area as the attackers arrived and broke into the prison through the holes created by the blast.

Islamic extremist rebels who attacked prisons have rebelled in the northeastern part of the country for more than a decade. Their attack on the detention center released many of their members who were prisoners, prison officials said.

“I understand they are Boko Haram. They came especially for the conspirators,” Bergore said.

He told reporters that security officials at the scene “did their best” to prevent the jailbreak.

As of Wednesday morning, bullet shells were scattered around the prison grounds while guards were searching for fugitives and combing nearby bushes, while helicopters were hovering over the Kuje area.

Many vehicles were destroyed in the midnight shootout.
Some of the prisoners in captivity lay on the ground near the entrance to the prison near the bodies of those who died in the attack.

The jailbreak in Abuja occurred at about the same time that armed groups launched a bold attack on the pre-guards in preparation for the visit of Nigerian President Muhammad Buhari in northwestern Katsina. A spokesman for the president said these attackers “fired at the convoy from an ambush position, but were repulsed by the army.”

Nigeria’s jihad rebels and other armed groups have recently jailbroken several times in northeastern Nigeria, the first jailbreak in the capital in recent years.

In 2021, more than 2,500 prisoners were released in three jailbreaks. The Lagos-based online newspaper, The Cable, reported that at least 4,307 prisoners have escaped from Nigerian prisons since 2017, based on edited media reports.

According to security analysts, attacks are carried out in a similar manner using explosives, but most of Nigeria’s recent jailbreaks appear to be unconnected.

Quite a few people who fled in such attacks were waiting for trial. Nigerian prisons hold 70,000 prisoners, but government data show that only about 20,000 were convicted, or 27%.

According to the United Nations, the rebellion of Nigerian militants by Boko Haram and a sect known as the Islamic State of West Africa has been blamed for the violence that caused more than 35,000 deaths and more than 2 million refugees. increase
The long-term instability, hunger and lack of medical services caused by the rebellion indirectly caused the deaths of more than 300,000 additional people, the United Nations says.

Radical violence is the most serious security challenge in Nigeria, Africa’s most populous country with a population of 206 million, due to rebellious herders and a separatist movement in the south in the northwest. Fighting violence.

Eddie Brennan: One image of Brian Cody was highlighted 24 years later. Standing at...