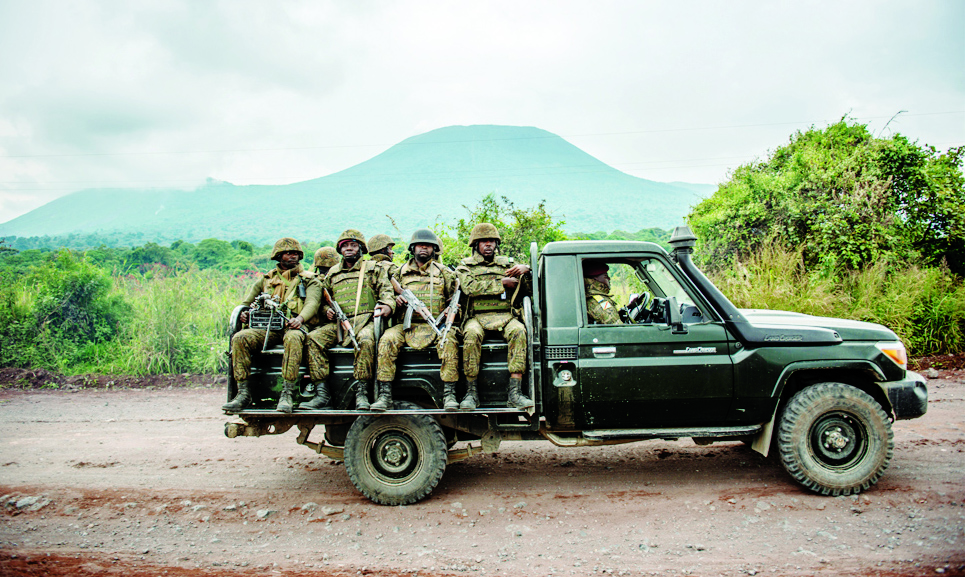 Goma, Democratic Republic of the Congo: Officials said a new clash between M23 rebels and soldiers broke out in the eastern Democratic Republic of the Congo on Thursday as the militias declared they were not bound by a ceasefire agreement. M23 spokesman Willy Ngoma told AFP on Wednesday that the deal mediated between the Congolese and Rwandan presidents in Angola was irrelevant. “We are Congolese, not Rwanda,” he said. “If there is a ceasefire, it is only possible between us and the Congolese government.”

Thursday’s announcement that it would not be bound by a ceasefire came in the morning after a clash between fighters and Congolese troops in the Rutur territory of North Kivu, eastern Congo. Congolese commanders accused rebels of attacking military positions in the area in violation of the ceasefire. However, M23 denied the claim and accused the military of initiating hostilities. The M23 (or “March 23 Movement”) only became prominent when it was expelled in a joint offensive by the United Nations and the Democratic Republic of the Congo after temporarily occupying the city of Sesame in eastern Congo in 2012. ..

After years of almost dormancy, the group resumed combat in November last year after accusing the Congolese government of not respecting the agreement to incorporate fighters into the army. The fierce battle has seen rebels make significant progress in eastern Congo. Last month, M23 fighters occupied the strategic town of Bunagana on the border between Congo and Uganda.

The M23 clash has dropped relations between the Democratic Republic of the Congo and Rwanda to record lows. Relations between the two countries have already been tense for a long time since they arrived in large numbers in the Democratic Republic of the Eastern Congo in Rwanda, which was accused of slaughtering the Tutsi during the 1994 Rwandan genocide.

The two countries have accused the other of having cross-border bombardment in recent weeks, causing international appeals for calm. On Wednesday, Congolese leader Tsusekedi met Rwanda’s Kagame in Luanda, the capital of Angola, for a meeting mediated by President Joan Lorenco of Angola at the request of the African Union.

“We have agreed to a ceasefire and other measures,” Lorenco said at the end of the mini-summit. The DRC and Rwanda have agreed on a “roadmap” for normalizing diplomatic relations, including ending hostilities involving the M23 and the Democratic Forces for the Liberation of Rwanda (FDLR), among others. The vast mineral-rich Democratic Republic of the Congo is struggling to contain dozens of armed groups in its volatile eastern part. Many are the legacy of two regional wars a quarter of a century ago. – AFP

A man uses a plastic bag to occupy two seats on...