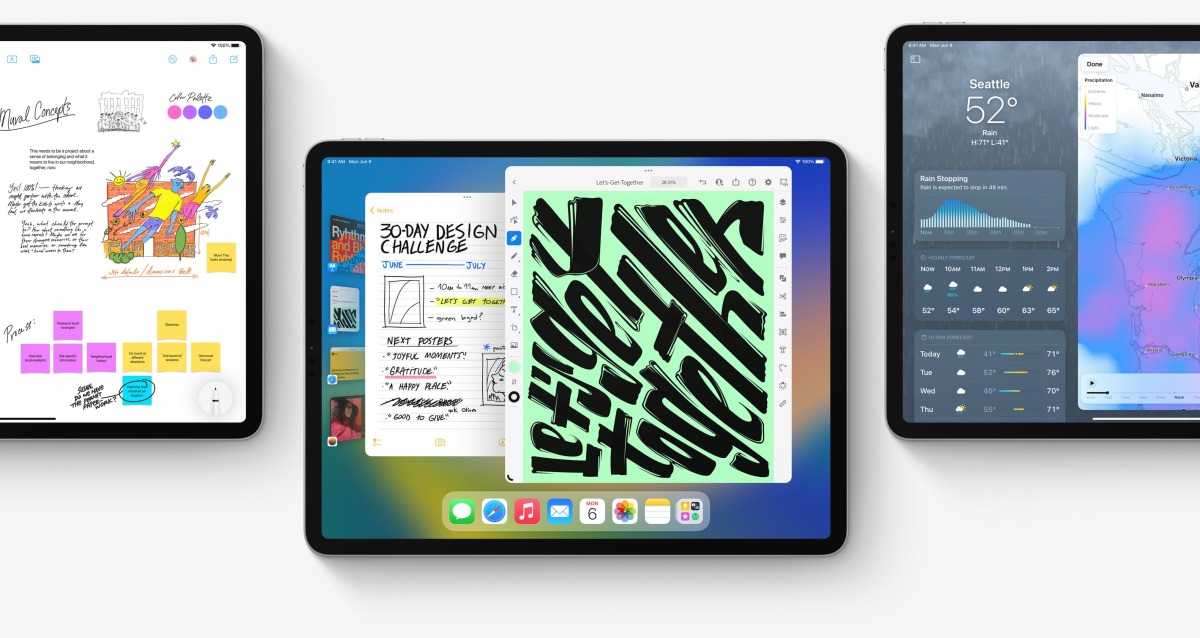 Apple Inc. announced on Monday new iPad OS keyboard shortcuts and pro features for apps such as calendars, files, and email. It has a new Mac-like search and replace system and duplicate file controls.

IPadOS also gets a customized toolbar. Developers can get a framework to add these more professional-like features to their iPad apps.

With the new iPad Pro feature, users can change the display density to display more content on the screen at one time. There is also a Stage Manager with an improved iPad multitasking interface and true external display support. The new iPad multitasking feature is very impressive and uses your laptop directly. For the first time, you can resize the window to perform multiple operations at once.

The new iPad OS has a collaboration feature that allows users to communicate with people in a group while working on a document. Apple also offers Freeform’s Sneak Peek, a new collaboration app with virtual sticky notes and drawings.

Apple will also add Metal 3 for gaming to the iPad. This includes new features that allow developers to get background updates to their games. Game Center has improved new activity screens and SharePlay support for games.

And for color professionals, there’s a new reference mode feature for the 12.9-inch iPad Pro that allows you to further adapt your colors to your professional display. Pro iPad users have been asking for this for years, and Apple is finally offering it.

‘I’ve seen all the funerals and I know this town’ – Danielle O’Donnell gave...

Cathay Cineplex opens the curtain on a calm final day

Country issue: Joyce Ann is no match for Guinness-loving toucan