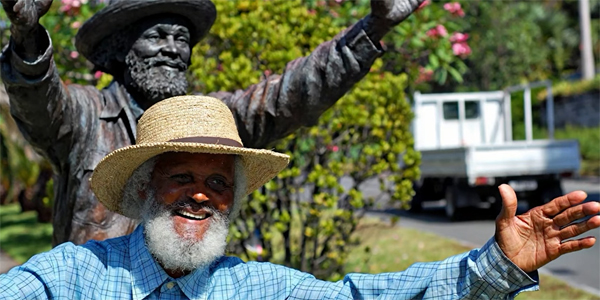 A new song celebrating the life of Johnny Burns in Bermuda has been released on YouTube.

Burns, who died on July 9, 2016 at the age of 93, was well known after waving and greeting passers-by every morning since 1986 at the Crow Lane Roundabout on the outskirts of Hamilton. He fell at the end of 2015 due to illness. health.

The lead vocal of the song is by Korrin Lightbourne, with backing vocals by Chelsea McNorton, Kiana Madeiros and Nkosi Hollis.

Among the musicians in the song is John Woolridge [acoustic guitar, piano and keyboard] And Wentworth Wool Ridge [electric guitar and bass]..

The statue of Mr. Burns, created by the Belmdian sculptor Desmond Fountain, was placed on East Broadway in 1998.

A woman who needed money for surgery in Turkey forced a man she met...

Auditor-Areas for improving MOM, HPB, and SLA processes during the COVID-19 pandemic flagged in...