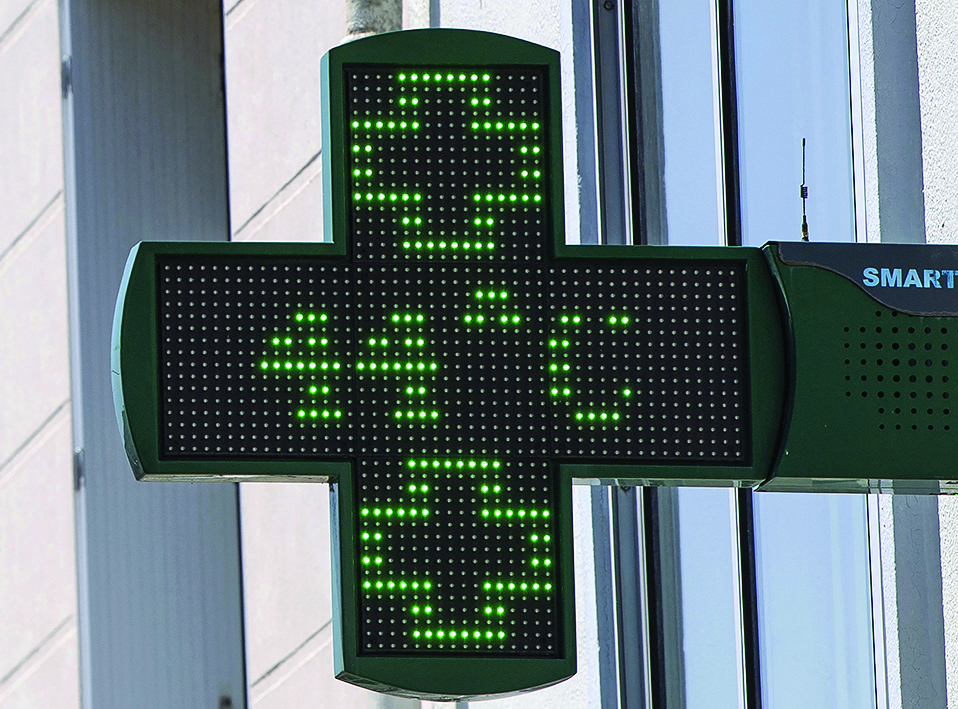 London: Britain and France faced record heat on Monday as southwestern Europe wilted in the scorching sun and wildfires devoured more forests. British forecasters have warned of the turmoil in countries that are not prepared for the extreme heat of onslaught, which authorities have said are endangering their lives. Mercury is expected to rise to 38 degrees Celsius in London on Monday, not well below Britain’s record high of 38.7 degrees Celsius, and could exceed 40 degrees Celsius for the first time by Tuesday, according to meteorologists. There is.

Scientists condemn climate change and predict more frequent and intense episodes of extreme weather. Throughout the channel, firefighters were unable to contain two large fires in southwestern France, creating an apocalyptic destruction scene. For six days, an army of firefighters and a fleet of water bombers have fought the flames that mobilized much of France’s total firefighting capabilities.

Forecasters said 15 French provinces against extreme temperatures, including the western part of Brittany, where the Atlantic coastal city of Brest was expected to reach 40 degrees Celsius on Monday, almost double the normal July average temperature. I put it in the highest alert state. By early afternoon, Brest had already broken the 35.2 C record set in 1949. The European heat wave to the north is the second to swallow the southwestern part of the continent in just a few weeks.

Burning flames in France, Greece, Portugal and Spain have destroyed thousands of hectares of land and fled thousands of inhabitants and vacationers. According to forecaster Olivier Proust, in the landes forest of France, southwestern Aquitaine, the temperature on Monday “exceeds 42 degrees Celsius.”

Further north, in the Girondins, firefighters continued to fight the forest flames that had consumed nearly 14,000 hectares since Tuesday on Monday. The area, 9 km long and 8 km wide, was still burning near the highest sand dunes in Europe, Dune du Pila. Picturesque landscapes, popular campgrounds and pristine beaches have turned into a scorching mess.

An additional 8,000 people were evacuated near the dunes on Monday as wind changes blew heavy smoke into the residential area, officials said. “Smoke is toxic,” firefighter spokesman Arnaud Mendousse told AFP. “Protecting the population is a public health issue.” Evacuation was added to the 16,000 tourists or residents who had already been deported in France, many of whom were sent to emergency shelters. “In some parts of the southwest, it will be an apocalypse of heat,” meteorologist Francois Gourland told AFP.

In Spain, a fire in northwestern Zamora killed a 69-year-old shepherd, local officials said. The second death following the death of a firefighter the day before in the same area. Authorities report that about 20 wildfires are still rampant from the south to the northwestern tip of Galicia, where flames have destroyed about 4,500 hectares of land. In Portugal, almost the entire country remained highly alert to wildfires, despite a slight drop in temperature last Thursday, reaching a July record of 47 degrees Celsius.

In Portugal, a fire killed two people, injured about 60 and destroyed 12,000 to 15,000 hectares of land. In Britain, after a series of scandals and the resignation of Prime Minister Boris Johnson, the government is already at stake and has called new criticism for not taking the situation seriously enough. “It’s a terrible heat and it’s so ferocious that it can eventually lead to the death of people,” Tracy Nichols, chief executive officer of the University of Emergency Medicine, told Sky News. Told.

The sun’s tabloids found heat coverage of the “British Bake Off” and observed that “Scorcher” made Britain hotter than Ibiza. In fact, the temperature on Monday was relatively only 30 degrees Celsius. “It’s a little scary,” 56-year-old Carina Lawford told AFP while strolling through the waters of Tankerton on the North Kent coast, and the heat reminded her of Australia, where she lives, she said. Told.

The heat wave was “perfectly aligned with climate change,” said Paul Davis, chief meteorologist in the United Kingdom, and the “brutality” of the heat wave was “amazing” but “by the end of the century” on a regular basis. He said it could happen. Network Rail, which is responsible for rail infrastructure, said the main East Coast route from King’s Cross in London to York and Leeds will be closed between 1100 GMT and 1900 GMT on Tuesday.

But some British people, like 64-year-old plumber Dave Williams, denied the wall-to-wall range of heat waves. “Just keep it going,” he told AFPTV. “The way they talk about it is as if we had never spent the summer.” Some of the people heading to the beach for a break were bank clerk Abu Bakr. He also foresaw the heat wave in Britain. “I’m from Sudan,” he said relaxing on the beach in Brighton. “40, 45 degrees is just a standard. This is as good as possible.” – AFP

Your doctor will start a week of protest without interruption of...