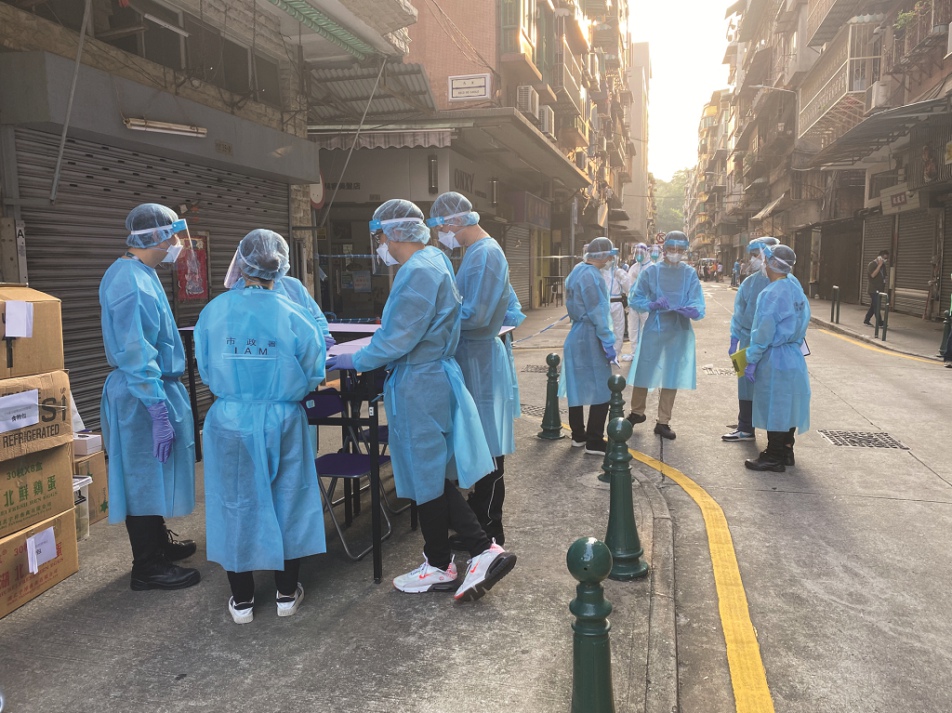 Health officials detected a total of 57 confirmed Covid-19 cases yesterday (Monday), most of which involve people under medical surveillance.

Of the total, 33 were found in the Red Code Zone and medical surveillance hotels, were detected under control and control, and there were 6 close contacts. In addition, 14 with Citywide NAT and KeyGroups NAT, and 4 among other population groups found within the community.

Since June 18, Macau has recorded a total of 1,583 cases and 19,585 people have been followed up for epidemiological investigations.

At the same time, four mass test rounds will be held from July 10th to 17th, and some major groups will also be tested daily.

The 7th City-Whole NAT Program Round, which took place from 9am on July 10th to 6pm on July 11th, was also completed, collecting 658,879 samples and a total of 17 mixed samples positive. , The rest were negative.

Arrangements are currently being made to carry out further testing on all persons involved in the positive mixed sample. Related testing work is still underway.

Meanwhile, the eighth round of Citywide NAT has already started at 9am today and will continue until 6pm tomorrow.

Each participating resident will have 5 rapid antigen tests. Recollection is not available.

Tell me about North Iceland.