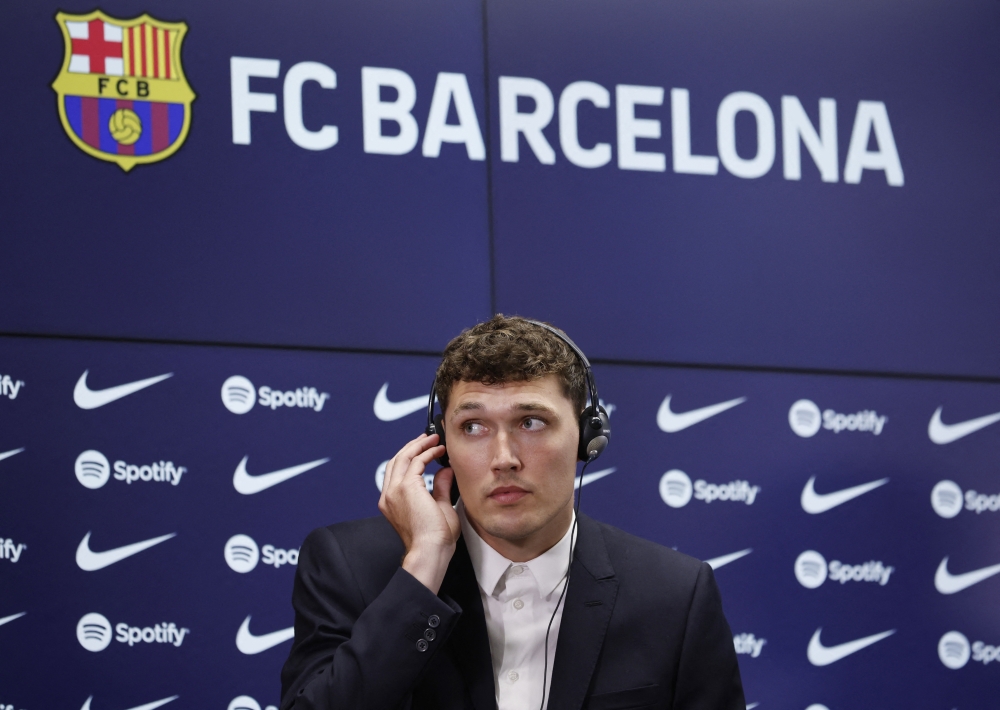 Danish defender Andreas Christensen said Thursday that he was a supporter of Barcelona as a kid and the deal with the Spanish club “has come true.”

“I grew up watching Barcelona. Ronaldinho and Deco were my favorite players,” Christensen said at a press conference after signing the contract until June 2026.

“I’m very happy and have been waiting for this day for a long time. I’m very excited to get started.

“It’s true that I have other options and a good team was interested in signing me, but don’t hesitate when you have a dream. Dreams can come true. . “

The 26-year-old Center Half left Chelsea at the end of the contract in June and joined Barcelona with a free transfer with a buyout clause set at € 500 million ($ 590.4 million).

“I’m very proud of my four years in Chelsea, where I won a special trophy. I work hard every day to write my history,” Christensen said.

He said he spoke with Barca’s Danish forward Martin Braithwaite and former Chelsea teammates Marcos Alonso and Cesar Azpilicueta while he was negotiating his contract.

“All comments were positive when I discussed this possibility with them.

“They talked very well about clubs, the city and Spanish culture. I wanted to be part of all this.”

Christensen said the culture of victory and aggressive playing style were the reasons he supported the club when he was young.

“Barca fascinates me with their way of playing, especially remembering how Ronaldinho plays. I wanted to be a striker like him,” Christensen said, a new club opportunity after them. He added that he was optimistic about. Last season ended without a trophy.

“As players, we all want to win. That’s the main goal. I think teams and clubs have this potential. This hasn’t changed in Barca’s history. ”

The second phase of the Tarsheed program saved over 4 billion QR.Minister