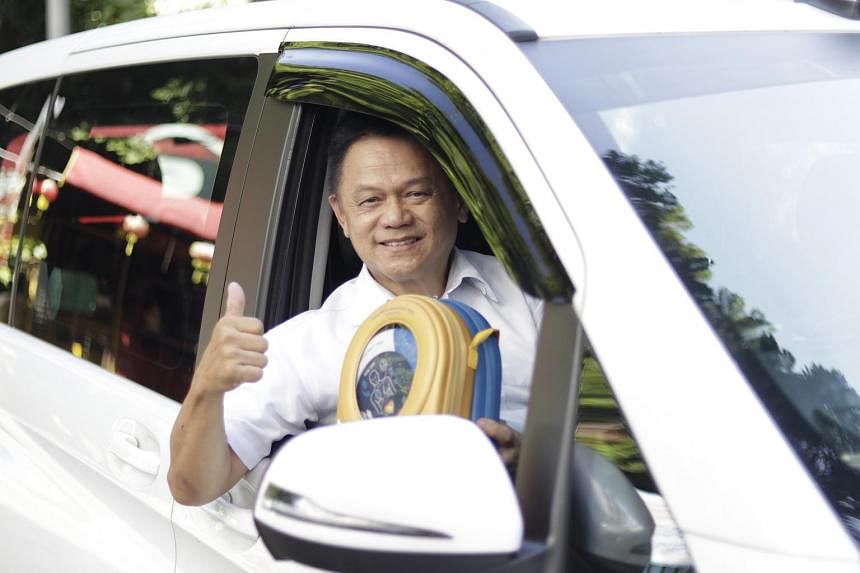 When I saw a notification on the Singapore-myResponder mobile app that a woman near her home in Sengkang was in cardiac arrest, Cabby Elson Sim, 62, came in a hurry.

He arrived at her block within minutes and carried an automated external defibrillator (AED) in the lift lobby to her home.

“A rescuer from the Singapore Civil Defense Force (SCDF) was already attending her, so I gave them an AED in case they needed something else,” he said. rice field.

Sim has been using the app since August last year when ComfortDelGro Cavi volunteered as part of the SCDF-ComfortDelGro AED-on-Wheels program.

This initiative aims to increase the number of first responders on the road.

Through the app, community first responders will be notified of emergencies that occur within a 1.5km radius of their current location.

Over the last 11 months, Sim has responded to four emergencies.

One broke out in a garbage dump near his home. The police officer was already on the scene, so he uploaded a photo of the fire via the myResponder app. These provided SCDF with a better understanding of the situation.

Over 100,000 people are registered as first responders in the community with the myResponder app.

These volunteers have responded to 67% of all emergencies displayed in the app since the beginning of the year, said Sun Xueling, Minister of Interior, Social and Family Development. She was a guest at the event.