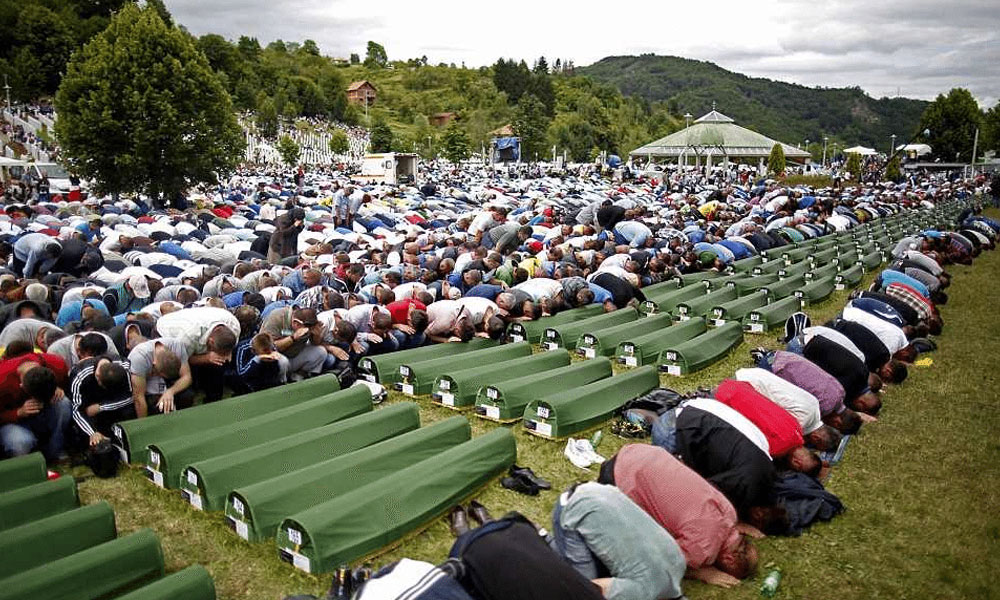 Brussels: European Union Sunday admitted that Europe was unable to stop the genocide in the Bosnian town of Srebrenica 27 years ago.

“Europe does not forget what happened in Srebrenica and our own responsibility for not being able to prevent and stop genocide. In Srebrenica, Europe has failed and we are faced with shame. ..

“We praise all the victims for 27 years and the memories of those who still miss the Srebrenica genocide. We are in sadness with their relatives and friends who survived the genocide. I’m standing, “they said.

Mentioning Russia’s invasion of Ukraine, an EU statement said the war in Ukraine “recalls the vivid memories of those witnessed in the war in Western Balkan in the 1990s.” “It is more than ever our duty to remember the Srebrenica genocide as part of our common European history,” he emphasized.

“We hope that Bosnia and Herzegovina will reconcile, overcome the legacy of the past, and resolutely move on the path of EU integration in these dangerous times.”

“Europe has no place to give the glory of genocide denial, revisionism and war criminals. All citizens of Bosnia and Herzegovina deserve a society dominated by pluralism, justice and human dignity,” the EU statement said. Emphasized.

On his side, Czech Prime Minister Petrfiara, who holds the current EU Presidency, said the genocide in Slebrenica was one of Europe’s largest war crimes since World War II.

“In July 1995, during the war in Bosnia and Herzegovina, there was a massacre of captured civilians – a massacre in Srebrenica. This is the largest war crime in Europe since World War II. But it turns out that Europe is still unsafe today, “he said in his Twitter account.

When Bosnian Serbian troops attacked Srebrenica in July 1995, more than 8,000 Bosnian Muslim men and boys were killed, despite the presence of the United Nations Peacekeeping Forces in the Netherlands.

The United Nations Security Council declared Srebrenica a “safe area” in the spring of 1993.

However, the Serve army, led by General Ratko Mladic, convicted of war crimes, crimes against humanity and genocide for life imprisonment by a special international court in 2017, has conquered the United Nations zone.

According to media reports, the Dutch troops failed to act as Serbian troops occupied the area and killed about 2,000 men and boys on July 11 alone.

According to media reports, about 15,000 residents of Srebrenica fled to the surrounding mountains, but Serbian troops hunted them down and killed another 6,000.