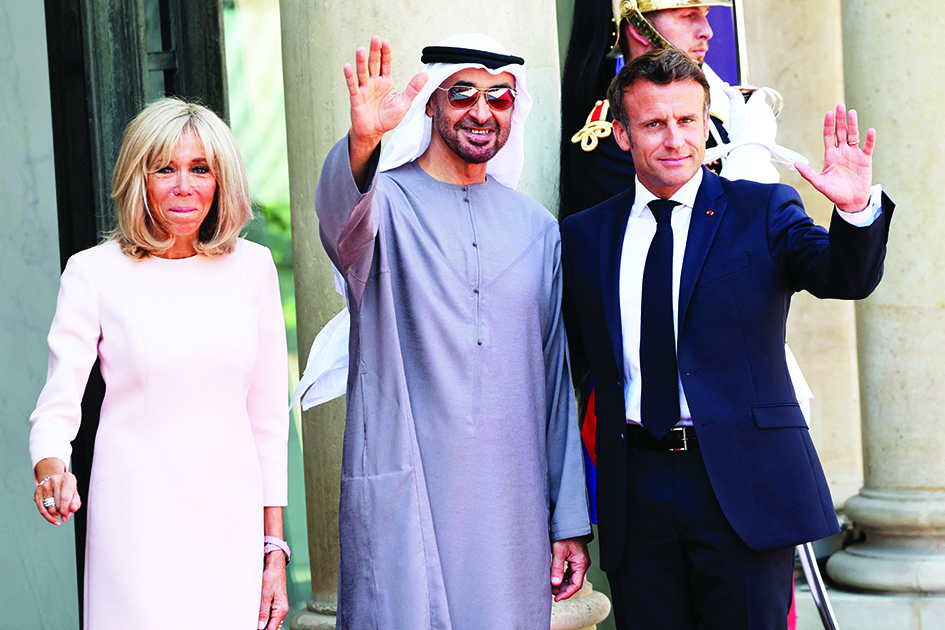 Paris: French President Emmanuel Macron welcomed United Arab Emirates President Sheikh Mohammed bin Zayed Arnachan for lunch in Paris on Monday, adding diesel supply to the menu for official talks. The United Arab Emirates has emerged as a major partner in the Western world as it competes for energy supplies around the world to replace sanctioned imports from Russia.

Sheikh Mohammed, also known as MBZ, was the first official overseas visit since taking office in May after the death of his half-brother. The visit is expected to conclude with the “Announcement of UAE Guarantee on Hydrocarbon Supply to France”. Macron’s office announced before the visit. This agreement is specifically for diesel, which is not currently supplied by the UAE.

France wants to “diversify its sources in the context of the Ukrainian conflict,” Elysee sources added, referring to EU sanctions on Russia’s oil. Sheikh Mohammed’s decision to make an official visit to France for the first time is “a conscious not only to recognize the historic connection between the two countries, but also to recognize the potential for further cooperation and growth with France,” he said. Diplomatic adviser Anwar Gargash said on Friday.

“UAE is a trusted partner and determined to remain an energy source,” he added. “We have been selling oil to the Far East for 40 years, but now we are heading to Europe at this time of the crisis.” The President of the United Arab Emirates’s visit to France is to Saudi Arabia for energy negotiations. It took place after Joe Biden’s first tour of the Middle East as President, including a visit.

Macron and Biden heard talking about energy supply from the Middle East at the G7 Summit in Germany at the end of June. Macron spoke to Biden with Sheikh Mohammed, who said he was “the biggest” when it came to oil production, but told Saudi Arabia that he had some spare capacity. After lunch with Macron, Sheikh Mohammed will be greeted as a guest for dinner at the former Royal Palace in Versailles, a suburb of Paris. – AFP

Commentary: NDP has always been a tear-jerker for a man who cried while singing...