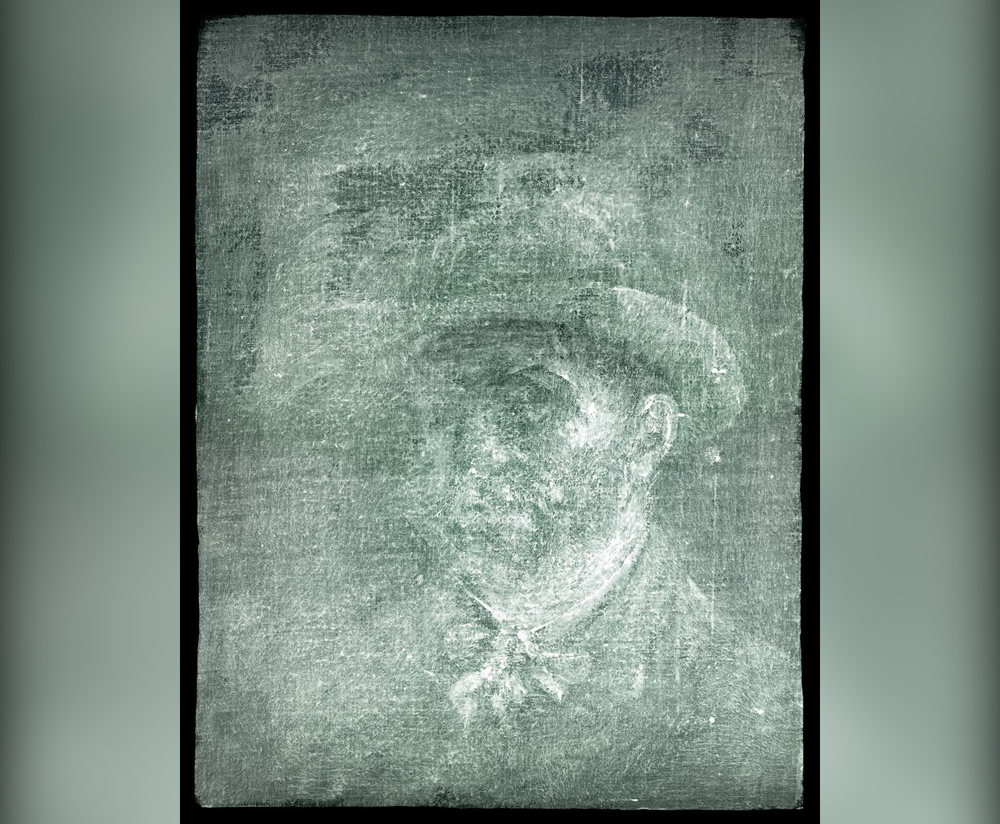 London: It was revealed that a self-portrait of Dutch Post-Impressionist artist Vincent van Gogh was hidden behind one of his paintings.

The Scottish National Gallery said Thursday that it was discovered during an X-ray examination of Van Gogh’s 1885 artwork “The Head of a Farmer’s Woman” by what appears to be the first British conservator-restor.

In the radiograph, “Neckerchief is a bearded sitter with a brim hat tied loosely to his throat. He is strong so that the right side of his face is in the shadow and his left ear is clearly visible. The viewer is fixed by the line of sight. “

The image was hidden behind a layer of paperboard and glue.

“Of course, when we first saw X-rays, we were very excited,” said Leslie Stevenson, senior painting restorer, in a video shared by the Scottish National Gallery.

“Such major discoveries occur once or twice in a parent’s life. Having an elusive image as it is today is very special.”

Van Gogh is often known for reusing his canvas and working on the other side as well.

The Scottish National Gallery said experts are looking at ways to remove the glue and paperboard that covers the self-portrait without damaging the “farmer’s female head.”

X-ray images will be featured from July 30th to November. 13 exhibitions called “Impressionist Taste” held at the Royal Scottish Academy in Edinburgh.

T-rex skeleton draws crowds in Singapore ahead of auction