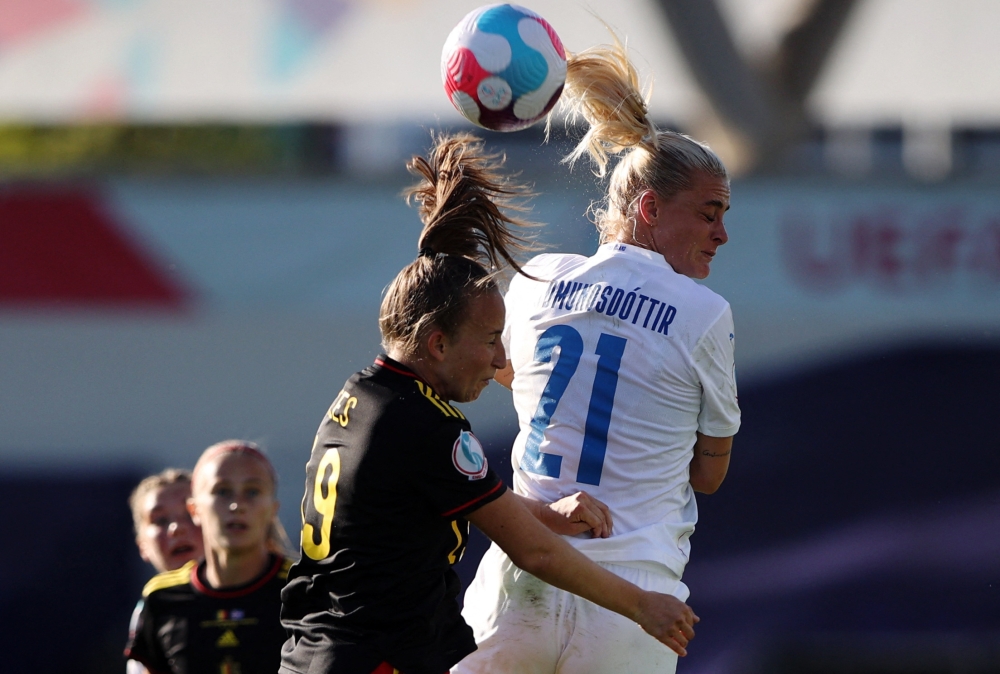 Manchester: Iceland was admitted to miss a penalty in a one-on-one draw with Belgium in the Women’s European Championship Group D match on Sunday.

Iceland had the opportunity to lead in the first half when Belgium granted a handball penalty in front of only 3,859 fans at the Academy Stadium, but Thorvaldsdottir’s tame efforts were made by goalkeeper Nicky Evlad. It was easily saved.

Thorvaldsdottir made some modifications in the second half, but when she connected to Karolina Lea Vilhjalmsdottir’s loop cross at a distant post, she went home from an acute angle, gave Iceland a lead, and then attended the celebration.

But a few minutes later, Elena Don won a penalty to Belgium, adding a clever touch to the box to cause a foul, and midfielder Van Hebermet sent goalkeeper Sandra Sigurdadottir in the wrong direction. I didn’t make a mistake on the spot.

Tessa Wullaert gave Belgium almost a win in his curling efforts towards the top corner, but Sigurdardottir made a good prediction of the shot and jumped in full stretch to deny the Belgian skipper.

Sigurdardottir had her heart in his mouth when he defeated Janice Cayman in the box after passing the goal in the 89th minute. But as soon as the referee penalized her, she changed her decision after the offside flag went up.

Belgium will then face France and Iceland will face Italy. Both games will be played on Thursday.