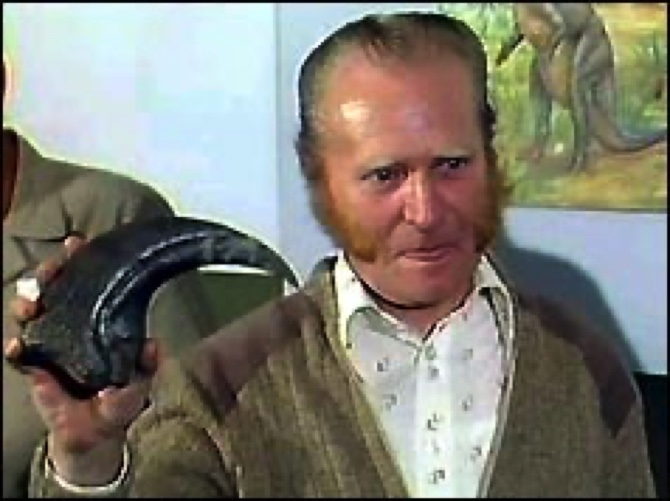 At the Natural History Museum in London, a huge new dinosaur skeleton was announced to the media.

Bill Walker, 55, a plumber and amateur fossil hunter, discovered a foot-long claw belonging to a carnivorous beast in Sally’s clay pit in January.

When he found the rock containing Talon, he tapped it and the whole thing broke.

Paleontologists have reconstructed it, dated it to 125 million years old ruins, and described it as a century-old discovery.

Scientists had to wait for the clay to dry before completing the two-week excavation when they stuffed three vans with bones in May.

Dr. Alan Charig, Group Leader and Head of the Dinosaur Division at the Natural History Museum, explains: More importantly, this is the first record of a meat-eating dinosaur found anywhere in the world on rocks of this era. “

He said at a press conference at the museum that the creature was about 15 feet tall, the same as a double-decker bus. It weighs about 2 tons, half the size of an elephant, and was able to run up to 20 mph. This is faster than Sebastian Coe.

The dinosaur, called Claw, was slightly smaller than the Tyrannosaurus Rex, had steak knife-like teeth, and was probably a variant of Megalosaurus.

Mr. Charig said the quarry discovered by Mr. Walker was a well-known source of fossils and excavated the skeleton of iguanodon only last year.

However, experts keep away souvenir hunters by keeping the exact location of the site known to be near Gatwick Airport secret.

The South Kensington Museum hopes that parts of the skeleton will be open to the public by the end of the year.

The first dinosaur species identified and named was iguanodon, discovered in 1822 by the British geologist Gideon Mantell.

Sir Richard Owen, a Victorian anatomist, was the first to coin the term dinosaur in 1842.

Scientists are still investigating why non-bird dinosaurs have become extinct.

The main idea is that it has gradually disappeared due to climate change or has been wiped out after a dramatic meteorite impact.

The hospital tries to remove the puncture wound from the patient’s...