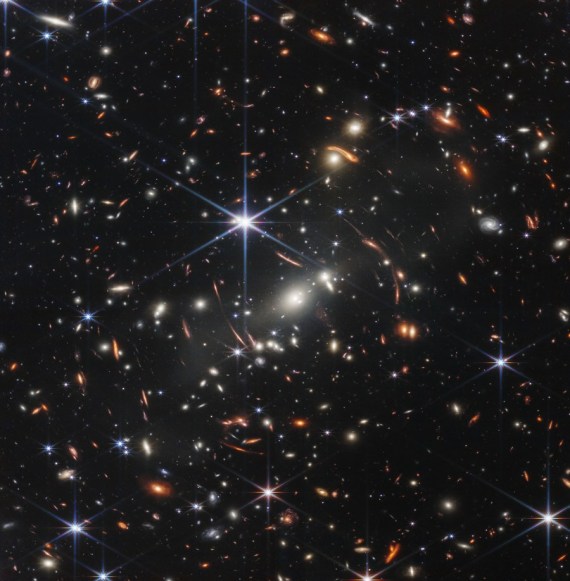 NASA released the first full-color images of the universe of the James Webb Space Telescope and their spectroscopic data on Tuesday, revealing an unprecedented detailed view of the universe.

“Today, we present humanity with a groundbreaking new view of the universe from the James Webb Space Telescope, a view the world has never seen before,” said NASA’s administrator. Bill Nelson says.

The images released by NASA contain a detailed spectrum of the atmosphere of extrasolar planets. The Southern Ring Nebula, an expanding cloud of gas surrounding a dying star about 2,000 light-years away. A compact group of galaxies in Pegasus, the five-star of Stefan. The Carina Nebula, the earliest and most rapid stage of previously hidden star formation.

On Monday, US President Joe Biden released another image produced by Webb, the galaxy cluster SMACS 0723. It is filled with thousands of galaxies, including the darkest objects ever observed in infrared.

“These images, including the deepest views of the universe taken so far, show how Webb can help uncover answers to questions we don’t even know yet. Questions that help us better understand our universe and the position of humanity within it, “Nelson said.

According to NASA, the release of Webb’s first images and spectra marks the beginning of Webb’s scientific activities. There, astronomers around the world have the opportunity to use Webb’s four instruments to observe everything from celestial bodies in the solar system to the early universe.

Webb was launched from the Guiana Space Center in Courou, French Guiana on December 25, 2021 to investigate the structure and origin of the universe.

After completing a complex deployment sequence in space, Webb conducted a few months of test runs, tuned the mirrors, tuned the equipment to the space environment, and prepared for science.

Webb is NASA’s largest and most powerful space science telescope ever manufactured. According to NASA, a large infrared telescope with a 6.5-meter primary mirror will study every stage of the history of the universe, from within the solar system to the farthest observable galaxies in the early universe.

Politburo Proposes 20th Party Congress to be Held in Beijing on Oct. 16

Both Rory McIlroy and Shane Lowry are in contention for moving day in the...