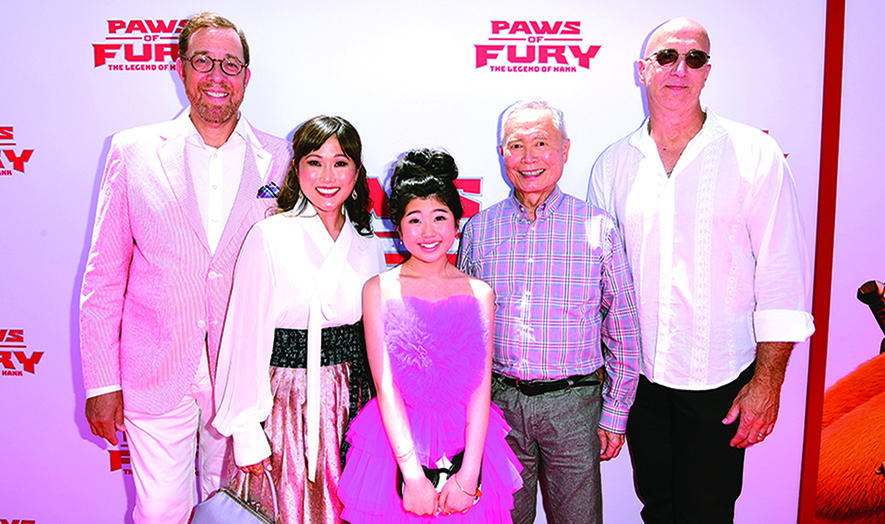 dog And the cat needs to set aside rivalry in the new animated film “Paws of Fury: The Legend of Hank” to save the village and to provide the audience with lessons of inclusion and diversity. Screened in a US theater on Friday, the film features great voice actors such as Samuel L. Jackson, Ricky Gervais, Michael Cera, George Takei, Mel Brooks, and Michelle Yeoh. The story of Hank (Serra), an underrated beagle dog who dreams of becoming a samurai, ends up in a small cat-dominated village.

A lonely dog ​​who patiently compensates for the lack of martial arts training must learn to capture the hearts of Kacamcho’s cats. The film is inspired by Brooks’ 1974 race satire “Blazing Saddles,” using humor to address social stigma. “I think it’s always a message that’s always relevant and always needed,” Serra told AFP.

“Art is a way to convey those messages not only to tell people what to think, but also to convey those messages in the way you feel … Embark on this journey with this character and what he is experiencing. Seeing and experiencing emotions, “he added,” especially for small children who can really digest it and develop empathy. ” Ika Chu, spoken by Gervais, is the villain of the story. The Somali cat is trying to destroy the village for his own desires and instill his prejudice to promote his evil plans. “In what world we live in, can a good and honest citizen be expected to kill someone just because they look different?” He screams.

Takei, who plays Oga, the villain’s right-handed cat, said the film teaches that “the difference may be an asset … fills the weaknesses of your society.” An 85-year-old actor known for his political and social activities told AFP that the “good message” of the film would come at an important time. “We live in a collapsed society today. All the headlines in newspapers and the latest news on television are in a fragmented society in which we live,” he said.

For Takei, the timing of the project is also important, as family spectators haven’t had many opportunities to laugh together at the cinema since the introduction of Covid-19. Family-friendly animation suffers more in the theater during a pandemic than any other genre, but the recent success of “Minions: The Rise of Guru” can show a change.

“I think it’s very exciting. I can’t wait to go see a movie in the theater myself,” added Serra, who recently recovered from COVID-19. “I missed that experience, and I think everyone is.” On the other side, I’m excited to be able to get it back again. “– AFP.