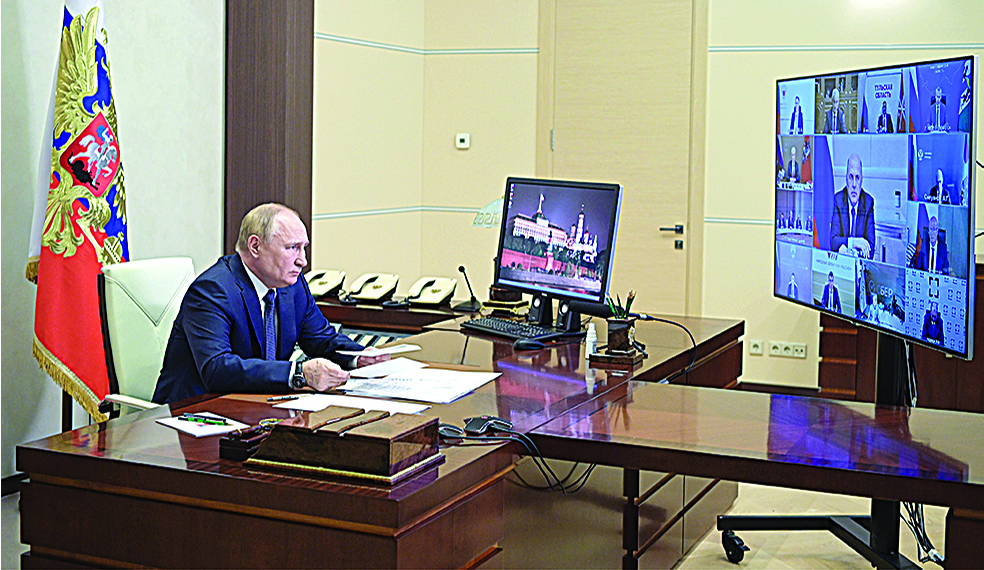 Moscow: Russian President Vladimir Putin vowed on Monday to overcome the “huge” high-tech problems his country is facing due to the start of unprecedented western sanctions on Ukraine. The Kremlin chief said the West had imposed sanctions to block Russia from high-tech products in order to contain the country’s development. He said Russia would overcome “any difficulty” if Russia made high tech the main focus of its development.

“This is a big challenge for our country,” he said at a conference on the country’s strategic development. “Recognizing the enormous amount of difficulties we are facing and looking for new solutions in an energetic and competent way.” He also said that Russia is a domestic innovative company with “sovereign” technology. Said to use the product. Many top tech companies, including Apple, Microsoft and Intel, either stopped operating in Russia or left the country altogether after Putin sent troops to Ukraine on February 24th.

Putin said many of the fastest-growing Russian companies, such as online retailer Ozone and technology company Yandex, have been cut off from Western funding due to sanctions. He said Russia must quickly develop alternatives so that such companies can raise the necessary funds domestically and continue to develop. “We are very much looking forward to detailed suggestions from both the Ministry of Finance and the Central Bank of Russia,” Putin added.

Faced with Western sanctions, Putin argued that Russia’s economy would be stronger, pointing out Europe’s “chaotic measures” that pushed up global energy prices. But Russia relies heavily on imports of everything from manufacturing equipment to consumer goods, and economists believe that the worst effects of sanctions will still come.

The biggest fine ever

At the meeting, President Putin emphasized that major state-owned enterprises, who said they did not know what to do with the “billions of dollars” of accumulated resources, should invest in domestic tech enterprises. He also took this opportunity to criticize the industrial conglomerate Rostec and said it has shown “modest results” so far. “Projects to develop the microelectronics industry needed to be completely restarted last year,” he said, citing 5G networks as another problematic area.

At the same meeting, Deputy Prime Minister Dmitry Chernyshenko said Russia’s IT department would overcome the negative effects of sanctions in about three to five years. Kirill Dmitriev, head of the Russian Direct Investment Fund, has proposed the creation of a fund involving state-owned enterprises such as Transneft, an oil pipeline that can invest in the high-tech sector. In 2021, Putin complained about the growing influence of foreign tech companies he said were competing with sovereign states.

Russia has been accusing it for months of tightening control over US-based tech companies, interfering with the country’s internal affairs and supporting its opposition. On Monday, a Moscow court fined Google 21 billion rubles ($ 360 million) for not removing content about Russia’s military intervention in Ukraine. According to experts, this is the largest fine ever imposed on a Russian tech company. – AFP

Retirement is not in my plans, says actress Leslie Joseph