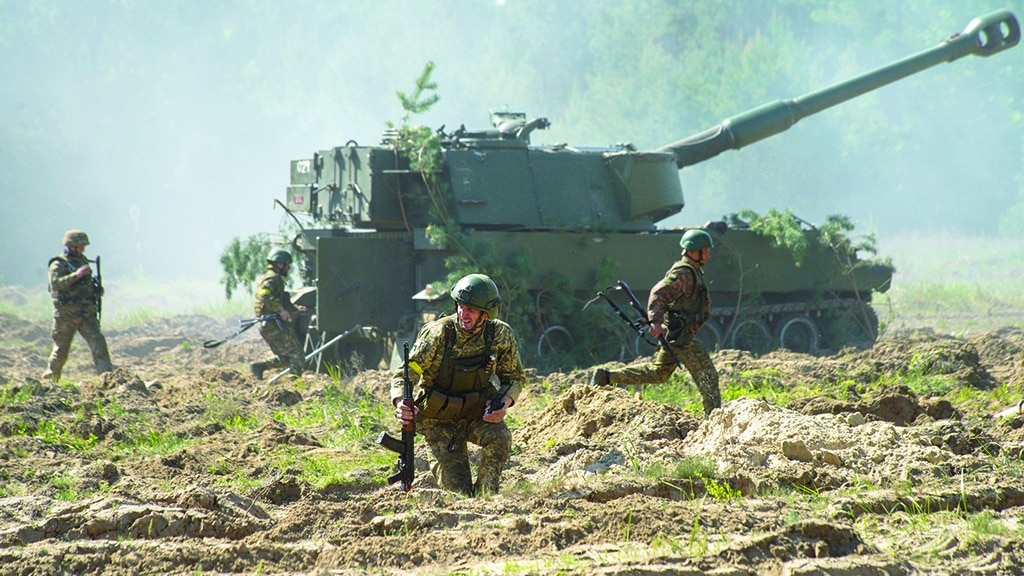 Kyiv: Russian President Vladimir Putin warned on Sunday that Moscow would reach its new goal if the West supplied Ukraine with long-range missiles hours after several explosions shook Ukraine’s capital, Kyiv. When Kyiv is offered such a missile, “draw the right conclusions and use weapons … to attack targets that have never been attacked,” a Russian news agency said. He didn’t identify the target he meant.

Putin’s comments came after the United States announced last week that it would supply Ukraine with an advanced missile system. Ukrainian officials said earlier on Sunday that Russian missiles attacked railroad infrastructure sites in the first such strike in Kieu since April 28. Russia said it destroyed tanks supplied to Ukraine from Eastern European countries during the strike. Russian Defense Ministry spokesman Igor Konashenkov said, “High-precision long-range missiles launched by the Russian Aerospace Forces in the suburbs of Kieu were mounted on T-72 tanks and hangers supplied by Eastern European countries. I destroyed other armored vehicles. “

One was injured and AFP reporters saw several buildings with windows blown near one of the targeted locations. Leonid, a 63-year-old local who worked at the facility, said he heard three or four explosions. “There is no army there, but they are bombing everything,” he said. Vasil, 43, said he had heard five blasts. “People are afraid now,” he said, returning to the damaged house with two loaves of bread. Ukrainian authorities did not want to pinpoint the exact location of the explosion for security reasons.

Meanwhile, in the eastern part of the country, the battle for control of Severodonetsk has intensified. The city is the largest remaining city in Ukraine’s hands in the Lugansk region of Donbus, and Russian troops are gradually advancing after withdrawal or beating from other parts of the country, including Kyiv. Lugansk Governor Sergiy Gaidy said Russian troops had lost ground in the city and are now “divided into two.” “Russians controlled about 70% of the city, but were forced back in the last two days,” he said in Telegram.

“They are afraid to move around the city freely.” On Saturday, Russian troops claimed that some Ukrainian troops had withdrawn from Severodonetsk, but Mayor Oleksandr Strike said Ukrainian troops were leaving the city. He said he was fighting to recapture. “We are currently doing everything we need to reestablish full control of the city,” he said in a Telegram interview.

“Put Russia in its place”

Tens of thousands have been killed, millions have been forced to flee, and the town has turned into rubble since Russian President Vladimir Putin ordered a total assault on his pro-Western neighbors on February 24. .. It’s a weapon for Ukraine, but there’s a division about how it reacts. French President Emmanuel Macron said Friday President Putin made a “fundamental mistake” but should not “humiliate” Russia to find a diplomatic solution.

Ukraine’s Foreign Minister Dmytro Kuleba said on Saturday that such a call was “humiliating France only” and that every country is in a similar position. “It is Russia that humiliates us. We are all more focused on how to put Russia in its place,” he said. Despite diplomatic efforts, conflicts are intensifying in the southern and eastern parts of the country. A spokesman for the Office of the President of Ukraine reported on Sunday that nine civilians were killed in the bombardment in the Donetsk and Lugansk areas.

Apart from human casualties, the conflict has caused widespread damage to Ukraine’s cultural heritage. On Saturday, Ukrainian officials reported that a large Orthodox wooden monastery, a popular pilgrimage site, had burned down and accused Russia of bombardment. In his statement, Culture Minister Alexander Tkachenko continues to prove that Moscow “cannot be part of the civilized world.”

The Russian Defense Ministry has accused “Ukrainian nationalists” of this flame. According to Kieu, Russian troops now occupy one-fifth of Ukraine’s territory, and Moscow has blocked the Black Sea port, causing fear of a global food crisis. Ukraine and Russia are one of the top wheat exporters in the world.

The United Nations said it is leading fierce negotiations with Russia to allow Ukrainian grain harvests to leave the country. The United Nations warns that African countries, which normally import more than half of their wheat consumption from Ukraine and Russia, are facing an “unprecedented” crisis. Food prices in Africa have already surpassed it in the aftermath of the 2011 Arab Spring Riot and the 2008 Food Riot.

Apart from the battlefield, Ukraine will fight to beat Wales in the playoff finals on Sunday. The war-torn country aims to reach the first Soccer World Cup since 2006. With physical condition and tactics, it will be a survival game, “said Ukrainian player Oleksandr Zinchenko. “We play for the country, so everyone fights to the end and devotes everything.” – AFP

When Maria reserves a Wimbledon quarter, all mothers win

Less than 2% of strike-affected flights, according to Ryanair