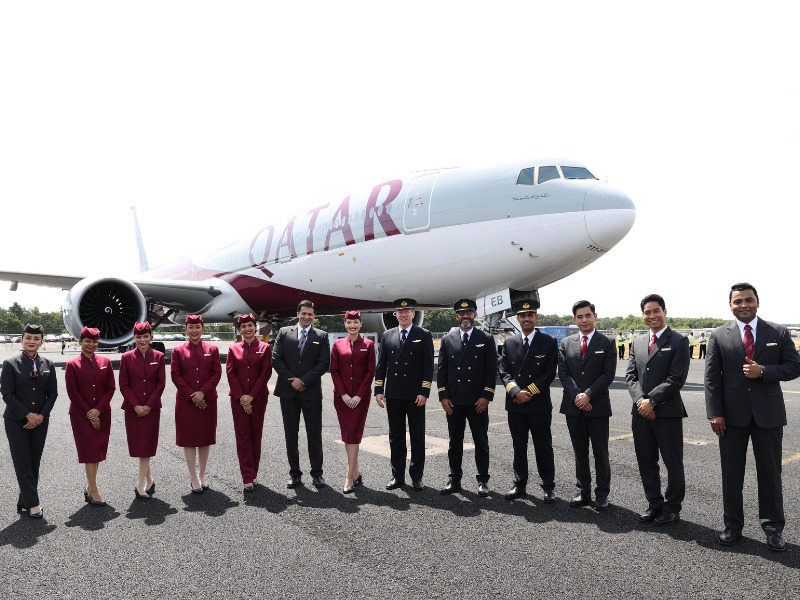 Doha: Qatar Airways participated in the Farnborough Airshow in the United Kingdom after a record fiscal year, expanding its global network to more than 150 destinations.

During the five-day event, Qatar Airways will showcase a state-of-the-art Boeing 787-9 Dreamliner that has never been shown at an air show. The airliner entered service on the airline in 2021 and features a new Adient Ascent Business Class suite with sliding privacy doors, wireless mobile device charging and a 79-inch life rat bed.

The Fernborough Air Show will also feature a Boeing 777-300ER aircraft with a special FIFA World Cup 2022 Livery in anticipation of the tournament in Doha from November to December this year. The aircraft features industry-leading Qsuite Business Class seats, which were selected by Skytrax as the world’s best Business Class seats in 2021.

Qatar Executive, the private jet charter division of the Qatar Airways Group, is exhibiting the luxurious Gulfstream G650ER. With its outstanding range capability, industry-leading cabin technology, fuel efficiency and unmatched passenger comfort, it is one of the most coveted jets among the world’s travel elite.

Akbar Al Baker, Chief Executive Officer of the Qatar Airways Group, said: As we celebrate our 25th anniversary, we look forward to hundreds of thousands of football fans gathering in Doha for the FIFA World Cup Qatar 2022.

As Qatar Airways prepares for the FIFA World Cup Qatar 2022, the demand for flights to Doha will increase significantly, and airlines face their own set of operational challenges. As a result, Qatar Airways, based at Hamad International Airport, will make unprecedented network adjustments in the industry as it temporarily shifts from a global network to primarily point-to-point services as a gateway to games. Become.

Qatar Airways will return to the Farnborough Airshow following the release of its 2021/22 annual report last month. This is the airline’s strongest financial performance to date.

Qatar Airways surpassed its all-time high annual profit by 200%, carrying more than 18.5 million passengers and up 218% from last year.

Emirates News Agency-SCCI introduces the attraction of Sharjah tourism to the economic delegation of...