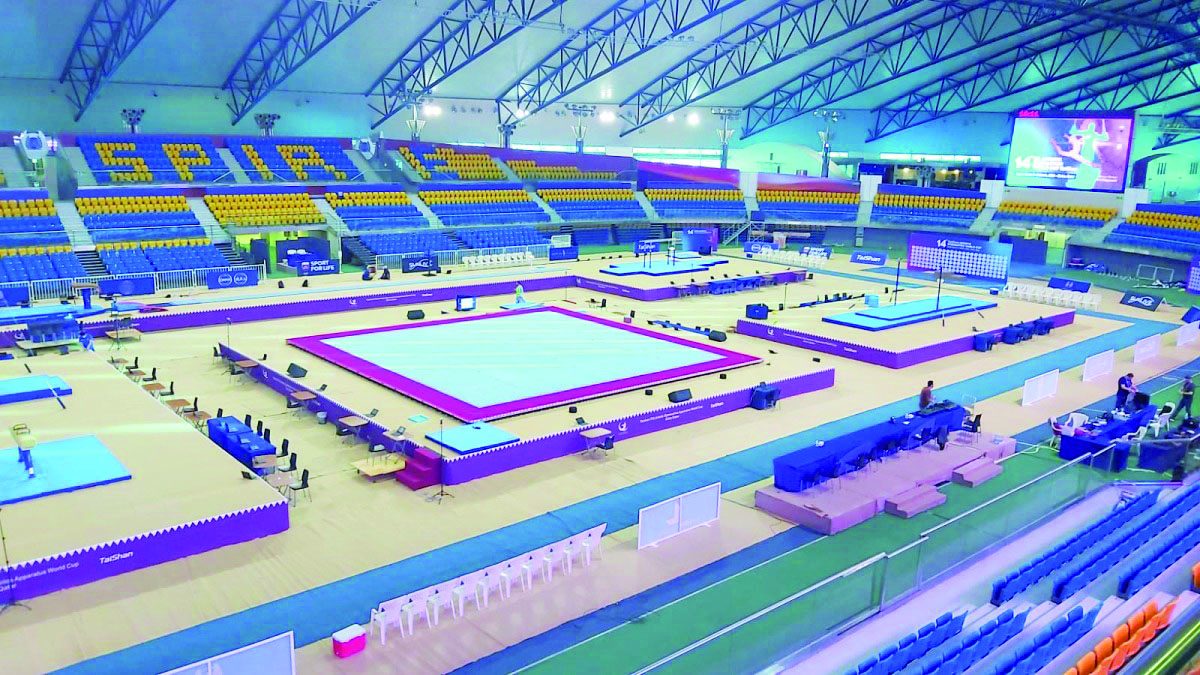 Doha: The Qatar Gymnastics Federation (QGF) is preparing for the 9th Asian Gymnastics Championships to be held at Aspire Doha in Doha from June 15th to 18th.

137 male and female gymnasts representing 21 countries are aiming for the title at this event. QGF has been hosting major gymnastics competitions for many years and aims to make the competition a great success.

“We are well prepared for the event and we look forward to welcoming athletes in Doha,” QGF President Ali Al Hitomi said in a statement.

“With its unrivaled sports infrastructure, Doha hosts many major events, including the 2018 World Gymnastics World Championships. As in the past, we are confident that we will be able to successfully host the Asian Championships. “He added.

“We receive full support for hosting special events from various stakeholders, including the Qatar Olympic Committee and the Ministry of Sport and Youth.”

Al Hitomi has announced that the participating delegations have already begun to arrive in Doha to set up a preparatory camp for the championship.

“The delegations of Hong Kong and Kazakhstan first arrived a few days ago, and everything is on track to deliver the blockbuster version of the Continental Championships,” he said.

QGF President added that an exciting contest is on the cards for the upcoming event.

“The Doha Edition is expected to be one of the most powerful Asian championships to date in the presence of major gymnasts on the continent, including several world champions. This event will be held in large numbers from all over Asia. Gymnastics will be attending, “he said.

“It’s a tough competition, but the Qatar team is ready. The gymnasts have gone through a series of preparations, including participation in national and international events. At the home event, expect a good show from Duha Al Habashi. I am.

“It will be a good experience for our team as they will play against the best in Asia,” he added.