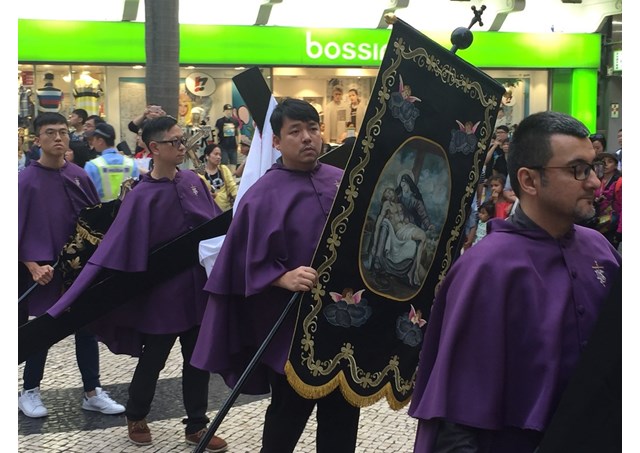 The US State Department reports that religious freedom is generally respected and protected in the SAR of Macau, even though it may be restricted in special circumstances for national security reasons.

The US State Department recently released a 2021 report on China’s international religious freedom, including Hong Kong and Macau. This includes reviews of the freedom of religious beliefs of the inhabitants, the freedom of preaching and participating in public religious activities, and the freedom of pursuit. Religious education.

“The law protects the rights of religious meetings and provides that religious groups can develop and maintain relationships with foreign religious groups. Under the Basic Law, the central government of the People’s Republic of China (PRC) Instead, the SAR government protects religious freedom in SAR, “the report said.

According to the city’s Religious Population Statistics Analysis, according to the 2015 Religious Data Archives Association statistics, 48.1% of Macau’s population are folk religions, 17.3% are Buddhists, 11% are Taoists, and 4.5% are Catholics. 2.5% were declared to be St. of other Christians, 1.2% of other religious groups (including Hindus, Muslims and Jews), and 15.4% to be non-religious.

Falun Gong practitioners reported that religion is currently banned in mainland China, but they continue to be able to openly discuss their beliefs with Macau residents.

According to the report, some religious groups continued to report that they retained the ability to carry out philanthropic activities on the mainland by operating through official channels and officially recognized churches.

“The government also continued to introduce victims of trafficking to religious groups to provide support services,” the report said.

Still, the report is how many reported last year, including a video showing more than 100 elementary school students at a prominent Macau Catholic school singing “We are the successors of communism” in front of the Ruins of St. Paul’s. I mentioned that controversial case.

“This incident is said to have sparked an online debate about the ability of religious schools to maintain religious values ​​and carry out their educational mission while adhering to government ideology,” the report said.

The Catholic Church of Macau, in collaboration with the Holy See, continued to recognize the Pope as its head, but in mainland China, Beijing has its own bishop through the Bishops’ Council (BCCCC) of the Catholic Church of China, an autonomous church. Was elected and appointed. Organization.

With regard to national security in 2020, the SAR will enact the Ordinance of the National Security Act of 2009 to establish four new national security departments in which the judicial police have the authority to investigate religious groups and staff in particular. I admitted.

IN FOCUS: The story of how the team put their heart and soul into...

Highest electricity prices ever may ignite distribution this winter