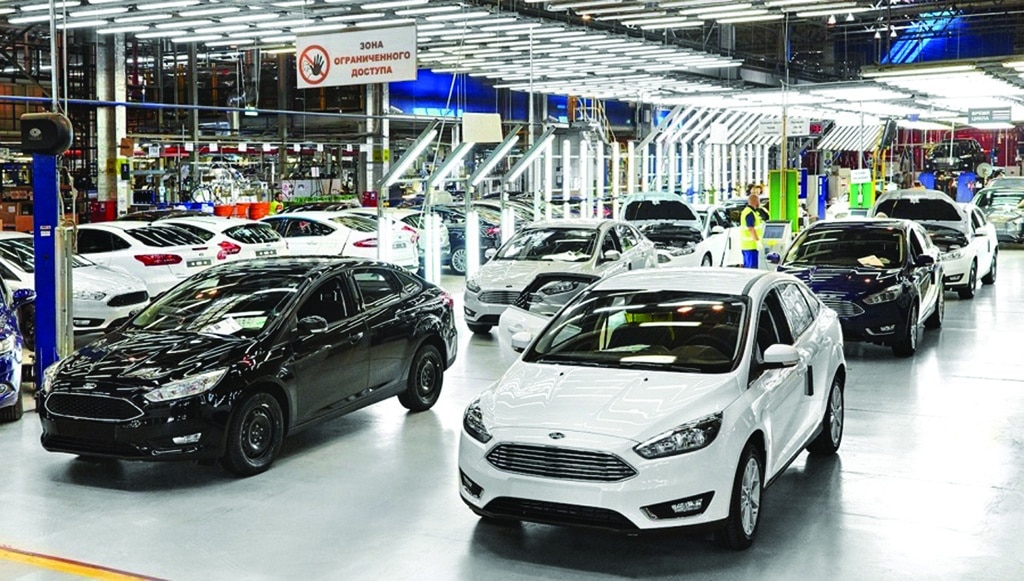 Moscow: Industry data showed on Monday as Russia’s new car sales fell 83.5% year-on-year in May and the impact of unprecedented western sanctions has hit the country’s economy and consumers. According to the European Association of Businesses in Moscow, only 24,268 cars and light commercial vehicles were sold in Russia in May. The collapse came after May sales fell by 78.5% in April. Sales of Lada, the most popular and affordable brand in the country, where AvtoVAZ manufacturers own a majority of the Nissan Renault Group, were down 84% year-on-year to 6,000 units.

The West slapped Russia with debilitating sanctions after Moscow’s military operations began in Ukraine in February. In May, Renault transferred its local assets to the Russian government, marking the first major nationalization since the start of sanctions. Renault dominated 68% of AvtoVAZ, but was forced to withdraw abroad. Many automakers, including Audi, Honda, Jaguar and Porsche, have stopped selling cars and parts to Russia. Manufacturers that have stopped production in Russia include BMW, Ford, Hyundai, Mercedes, Volkswagen and Volvo.

According to the Statistics Bureau last week, the country’s industrial output shrank for the first time since the start of military operations, dropping 1.6% in April compared to the same period last year. Car production was hit particularly hard, down 85.4% year-on-year. Faced with a shortage of imported parts at the factory, authorities relaxed safety and emission standards for locally produced vehicles in May-including withdrawing airbag requirements.

Russia has not yet felt the full impact of the barrage of western sanctions imposed on the attack in Ukraine, as it still has billions of dollars in funding and funding from oil and gas exports. .. In his garage in southern Moscow, 35-year-old mechanic Ivan is beginning to worry. But Ivan sees a storm cloud above the horizon. The foreign parts he needed to repair his customer’s car were hard to find, and prices rose by at least 30 percent after many brands stopped exporting to Russia.

“We’re out of stock. At some point, nothing will be left,” he said. Ivan said he refused to reveal his name when talking to the international media. “People with foreign cars are worried, they are wondering what to do in the future,” he said. Faced with a shortage of imported parts at the factory, authorities relaxed safety and emission standards for locally produced vehicles in May-including withdrawing airbag requirements.

President Vladimir Putin has argued that Russia’s economy will be stronger in the face of Western sanctions, pointing out Europe’s “chaotic measures” that have pushed up global energy prices. Officials say the sanctions damage is temporary and the economy is expected to shrink by 8% this year and return to growth in 2024.

But Russia relies heavily on imports of everything from manufacturing equipment to consumer goods, and economists believe that the worst effects of sanctions will still come. Almost 100 days after the conflict, officials and Russians in general are reporting a series of problems, including a shortage of everything from paper to medicine.

Authorities have stopped publishing critical data, making it difficult to assess the impact of sanctions. However, some available economic indicators indicate a serious problem. Strict capital restrictions, high energy prices and the collapse of imports have caused the ruble to skyrocket, and the Central Bank of Russia began lowering key interest rates last week to hold back its currency.

On the other hand, inflation reached 17.8% year-on-year in April, the highest in 20 years. In addition, domestic VAT or sales tax revenues fell by more than half in April, and VAT fees for imported goods fell by a third compared to the same month in 2021. Andrey Grachev, tax director at Birch Regal, told Bell, a Russian independent company website.

“This affected not only those who stopped their business in Russia, but also those who continued to work but lost customers and profits.” The hit was from clothing retailers from McDonald and Starbucks. From H & M to Zara, it’s evident in the streets of Moscow, which are now lined with closed shops. Central bank governor Elvira Nabiullina warned in April that problems were occurring “in all sectors of both large and small businesses.” – AFP

Netflix announces another round of global hit “Squid Game”

Emirates News Agency-Prince of Saudi Arabia arrives in Greece as part of a trip...