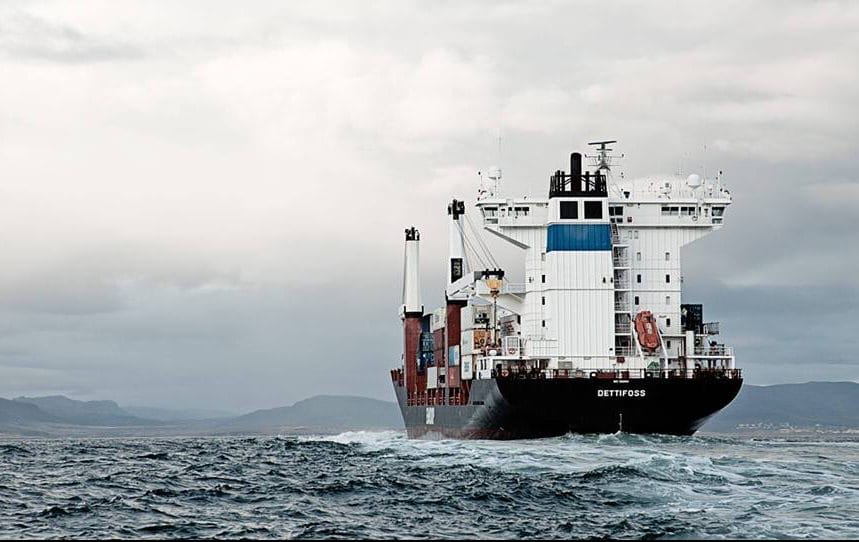 The Yale School of Management lists six Icelandic companies on the list of companies still doing business in Russia, but RÚV has three of them having no presence or doing business in Russia, 1 He reports that he has never been there in the first place. Attempts have been made to contact Yale’s manager, university professor and dean, and make appropriate corrections, but these attempts have not been successful.

This list is simply called the “Yale CELI Enterprise List” (CELI stands for Chief Executive Leadership Institute) and started on February 28, the day after Russia’s invasion of Ukraine. Since then, responses from more than 1,200 companies on their presence and business activities in Russia have been tracked by Professor Jeffrey Sonnenfeld and the Yale research team. Read the preface, “Originally a simple list of” withdrawals “and” rest “.” “Our company list currently consists of five categories rated on the AF school-style character grade scale for complete withdrawal.”

The CELI list is said to be “continuously updated”. As of July 8, 2022, the headline says, “More than 1,000 companies have reduced their operations in Russia, but some remain.” At that time, six Icelandic companies were on the list. Three of these (Hampiðjan, Knarr Maritime, and Sæplast) were given F grades. Two other Icelandic companies (Marel and Naust Marine) were rated D for “Purchase Time: New Investment / Development Pending” and one, Eimskip, for “Scaleback: Reduction of Current Operations”. It was rated by C.

No business in Russia, but still on the list

RÚV contacted a spokeswoman for shipping company Eimskip, stating that the company stopped voyages to Russia shortly after the invasion and has not operated in Russia since closing its Russian office in 2019. .. A PR official said Eimskip contacted Professor Sonnenfeld and tried to revise the record but was unsuccessful.

According to the list at Yale University, Knarr Maritime says, “Members are still active in Russia.” However, RÚV reports that the company closed its Russian office two years ago and is no longer doing business in Russia.

Sæplast, which designs and manufactures insulated tabs and pallets for use in the fishing industry, released a statement on its website Thursday that it does not operate or operate in Russia. “The company does not have an office in Russia and no employees work there,” reads the statement. “Sæplast has been selling tubs to Russia for many years, either directly or through distributors or independent distributors, but since Russia invaded Ukraine, no product has been sold or delivered from Sæplast to the Russian market. , The allegations about Sæplast’s operations and trade with Russia are incorrect. “

According to Sæplast’s general manager Daði Valdimarsson, the company tried to pass this information on to the Yalelist manager, but with no success. Sæplast is also in contact with the Embassy of Ukraine (located in Finland) via the Icelandic Chamber of Commerce.

I still have an office in Russia

Naust Marine is one of two Icelandic companies given a D grade. In other words, we have suspended our business in Russia, but not. Four years ago, Naust Marine signed a large contract to sell electric winches to Russia for use on trawlers. General manager BjarniÞór Gunnlaugsson told RÚV that trading has stopped altogether, but it’s unclear what that means for future businesses.

Marel, the recipient of the food processing company D Fellow, issued a statement on the website on March 9, “strongly condemning the Russian government’s military action in Ukraine,” and “suspending all new projects.” I made the decision to do it. ” Russia. “Marel sells and services in Russia, followed by a statement that it has 70 employees.” We will continue to prioritize employee safety and welfare, “and” the utilization will decline in the near future. Despite expectations, we will maintain a dedicated team in Ukraine and Russia and an office in Russia. ” “Marel’s annual sales and purchase orders in Russia and Ukraine amount to about 4% of the total,” the statement added.

RÚV was unable to speak to the management of the fishery maker Hampiðjan because everyone was present at the meeting on Friday. The company has an office in Murmansk, Russia. At the time of writing, there was no information on the Hampizjan website to indicate whether the Murmansk office was still in operation or whether its business activities in Russia had changed altogether since the invasion of Ukraine.

You can hate Britain but love British TV, right?

In Spain, summer tourism is seen at 90% of pre-Covid levels, despite inflation