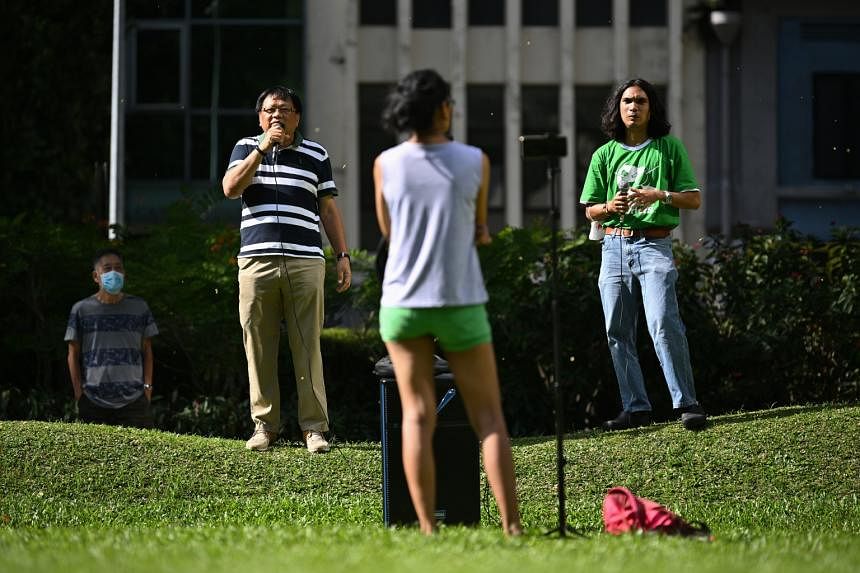 “By welcoming Gotabaya Rajapaksa here, I thought someone should talk about the message we are sending to the world and the international community.

“He is not desired. He is a politically exposed person. Unlike what is said, he is not just a Sri Lankan with a passport. Why do we take him? “

He also livestreamed the protest on Facebook, which was watched live by about 20 people.

The only other speaker in the protest was blogger Leong Sze Hian, 68, who was also a former PV candidate.

He wondered why Rajapaksa chose to resign only in Singapore. He and Mr. Prab also requested that Rajapaksa’s bank account details be disclosed here.

The Speakers Corner is the only place in Singapore where you can legally protest without permission.

The development of Sri Lanka has seen protests against Mr. Rajapaksa not only domestically but also in the Maldives and around the world.

Immediately after he arrived in Singapore on Thursday (July 14th), police alerted demonstrators about the consequences of the law violation.

“Police are calling on civilians, Singaporeans, residents, labor pass holders and social visitors to comply with our local laws as well,” they said. “Measures will be taken against those who attend illegal public rallies,” they added.