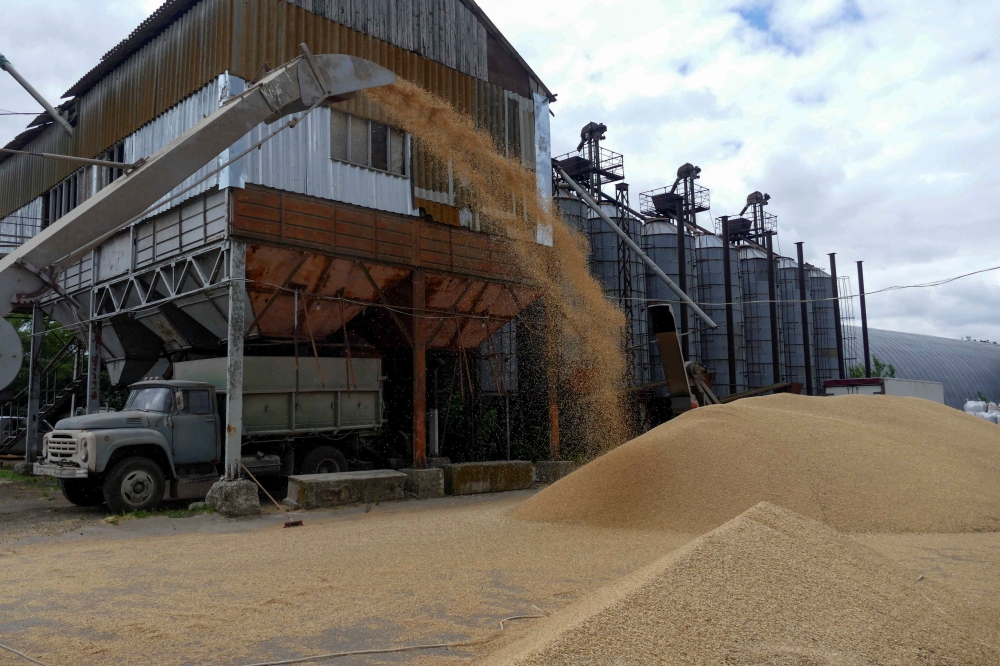 Trucks can be seen at the grain terminal during the barley harvest in the Odesa region of Ukraine on June 23, 2022. (REUTERS / Igor Tkachenko)

Berlin: The President of the United Nations General Assembly warned on Friday that the world is facing a “catastrophe” due to growing food shortages around the world.

UN Secretary-General Antonio Guterres said the war in Ukraine has already affected hundreds of millions of people as a result of the turmoil caused by climate change, coronavirus pandemics and inequality. He said it caused a “hunger crisis.”

“There is a real risk that multiple famines will be declared in 2022,” he said in a video message to officials from dozens of rich developing countries gathered in Berlin.

Guterres said farmers around the world are struggling to cope with rising fertilizer and energy prices, which will hurt harvests in Asia, Africa and the Americas.

“This year’s food access problem could lead to a global food shortage next year,” he said.

Guterres said UN negotiators are working on an agreement that will allow Ukraine to export food, including via the Black Sea, and Russia to bring food and fertilizer to the global market without restrictions.

Germany’s Foreign Minister Annalena Baerbock, the organizer of the Congress of Berlin, said Moscow’s claim that the western sanctions imposed on Russia’s invasion of Ukraine were due to food shortages was “totally unacceptable.” ..

Bearbock said Russia exported as much wheat in May and June this year as it did in the same month of 2021.

She reiterated Guterres’ comment that several factors underlie the growing hunger crisis around the world.

“But it was Russia’s offensive war against Ukraine that turned the wave into a tsunami,” Baerbock said.

Heartstopper casts a march during the celebration of Pride in London

Dalkey locals were surprised as the village of South Dublin turned into a place...

“Not over”: Barcelona president causes rumors of Messi’s return-Doha News

It’s never too old to be at a crossroads, the latest...