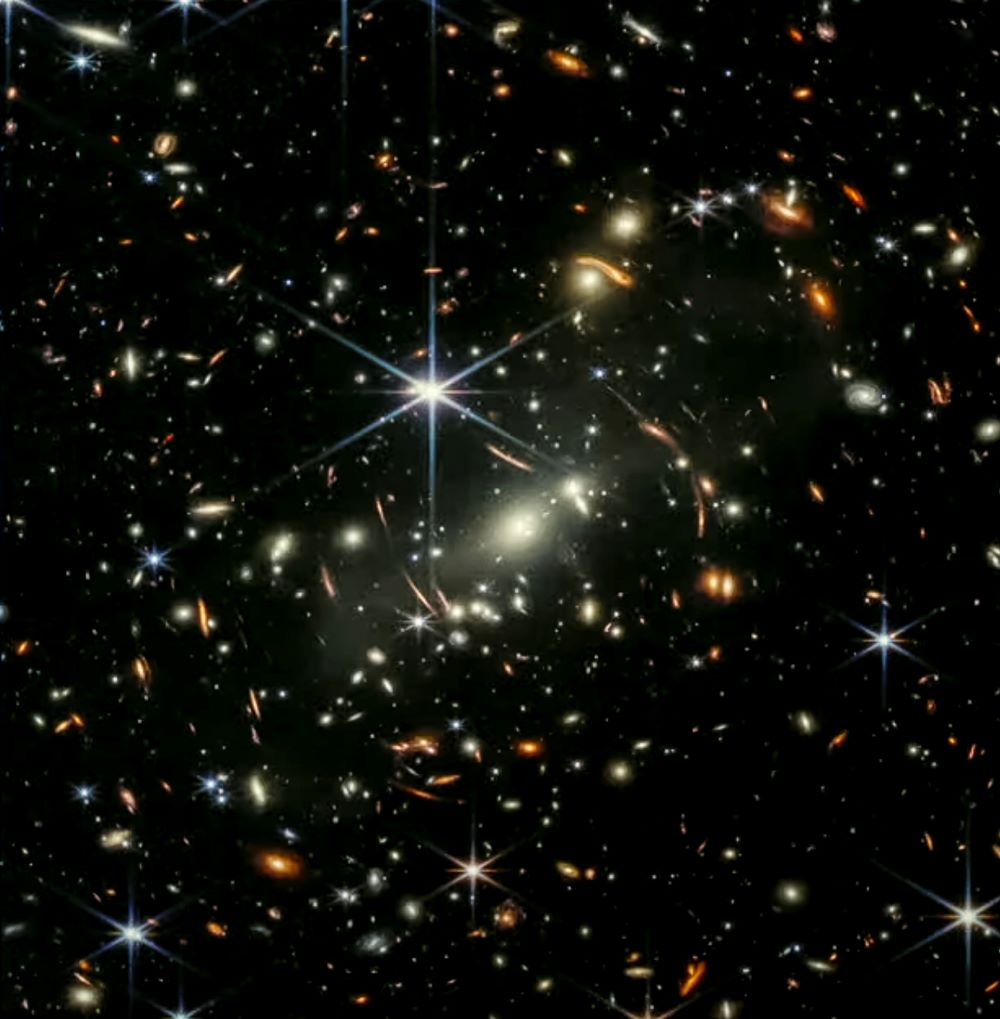 Washington: According to NASA, the most powerful observatory in orbit, the James Webb Space Telescope, reveals the “deepest and clearest infrared image of the early universe” taken 13 billion years ago. I made it.

The stunning shot revealed at the White House briefing by President Joe Biden is the darkest ever observed, flooded with thousands of galaxies and colored from infrared to blue, orange, and white tones. It features celestial bodies.

“This telescope is one of the great engineering achievements of mankind,” he said.

Known as Webb’s first deep field, this cluster of galaxies acts as a gravitational lens and shows the cluster SMACS0723, which expands the galaxy far behind.

Webb’s primary imager, NIRCam, operates in the near-infrared wavelength spectrum and focuses on these faint background galaxies because the light from the early universe is stretched by the time it reaches us.

Webb compiled a synthetic shot in 12.5 hours, far beyond what the Hubble Space Telescope could have achieved in a few weeks.

The next image set will be released on Tuesday.

The International Commission has decided that the first wave of the image will contain the Carina Nebula, a huge cloud of dust and gas 7,600 light-years away.

The Carina Nebula is famous for its towering pillars, including the “Mystic Mountain,” the apex of the universe, three light-years high, taken in iconic images by the Hubble Space Telescope. It has been the best space observatory of mankind so far.

Webb also performed spectroscopy (an analysis of light that reveals detailed information) on a distant gas giant called WASP-96 b, which was discovered in 2014.

About 1,150 light-years away from Earth, WASP-96b weighs about half the mass of Jupiter and zips around it in just 3.4 days.

“It’s like being in a very dark room, with only a small pinhole you can see,” he said of his previous technique. Now, with Webb, “I’ve opened a large window so I can see all the details.”

Millions of miles from the earth

Launched by the Ariane 5 rocket from French Guiana in December 2021, the Webb is orbiting the Sun in a region of space called the Second Lagrange Point, at a distance of 1 million miles (1.6 million kilometers) from Earth. ..

Here, it remains fixed with respect to the Earth and the Sun, minimizing the fuel required to correct the course.

The total cost of the engineering wonder project is estimated at $ 10 billion, making it one of the most expensive scientific platforms ever built, comparable to CERN’s Large Hadron Collider. ..

Webb’s primary mirrors are over 21 feet (6.5 meters) wide and consist of 18 gold-coated mirror segments. Like a camera in your hand, the structure needs to be as stable as possible to get the best shots.

Charlie Atkinson, chief engineer of the James Webb Space Telescope program at Northrop Grumman, a major contractor, told AFP that the AFP would only wobble by a factor of 17 million.

After the first image, projects are competitively selected through a process in which applicants and choosers do not know each other’s identities in order for astronomers around the world to share time with the telescope and minimize bias. ..

Thanks to its efficient launch, NASA estimates that Webb has enough propellant for a 20-year lifespan to answer basic space questions in collaboration with the Hubble Space Telescope and the Spitzer Space Telescope. increase.